Traveling sober hasn’t always been so easy for me! Here are some of the rougher moments I navigated while staying sober far from home. 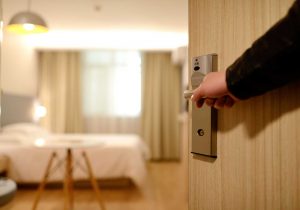 5. Last year, I traveled to Bonaire for work. My editor made all the arrangements, so the hotel knew I was a travel writer when I checked in. Sure enough, when I opened the door to my room, I saw a bottle of Champagne, chilling in an ice bucket. For drinkers, that’s such a perk. For sober folk, it’s like saying, “Here’s some fresh, hot lava in your bed! Please have a relaxing stay!” I tried to be sneaky and give it back to the kitchen, but they ended up telling their manager, which also could have been OK … but word reached the hotel’s general manager. When he saw me at dinner (having a Diet Coke with my meal, mind you), he brought it up, saying something like, “I guess our Champagne isn’t good enough for you.” Ouch. I told him that I don’t drink, but he didn’t seem able to let it go, bringing it up a few more times. It was good practice in remembering that someone else’s reaction to me is not about me. 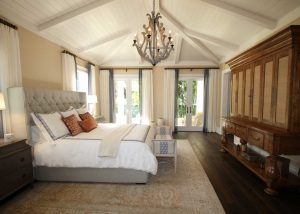 4. The time I stayed at an all-inclusive. I broke all the travel rules when I was getting sober, choosing to stay at some booze-centric resorts—not by choice, but because it’s my job to travel and check out a ton of places, including the occasional all-inclusive. I was maybe five months clean the first time I stayed at one of these places sober. A resort staff member showed me to my room and gave me a tour, pointing out the generously stocked mini-bar. NOPE! I was trying to act casual as I asked, but I was really pretty desperate when I asked him to empty all the booze from the mini-fridge. I may have said something like “so there’s more room for Perrier!” He gave me a weird look, but he did take out all the booze, and I survived to live another sober day.

3. I travel a lot with photographers, and on one trip, the photographer with me was drinking a beer in between shots. She kept asking me to hold her beer. I wish I had said no, but I didn’t.

2. Who knew that snorkel trips were really just booze cruises? I didn’t until my third week of sobriety. I was traveling for work, and my editor asked me to check out this snorkel day trip. It wasn’t my cup of tea as the boat had something like 50 people on board (whereas I prefer much smaller groups). But I thought, no biggie, right? Well, as soon as we climbed up the ladder to the boat after snorkeling, the crew tried handing us all kinds of alcohol. I was offered drinks maybe 12 times in an hour. Oddly, I was never offered water or a soda. It wasn’t the worst, but it was one of the most uncomfortable afternoons I’ve spent on a boat. 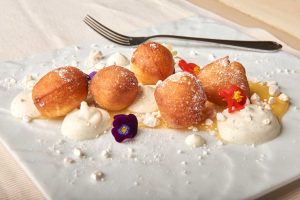 1. On a group trip work dinner, which was one of the best I’d ever had, our host announced she was going to order desserts for the table. Everything we’d been feasting on so far had been fabulous, so I trusted her and didn’t so much as peek at the menu. The desserts came, and I sampled a chocolate mousse volcano thing, and then some ice cream. And then I dug my spoon into a banana bread pudding and took a bite. Guess what comes on top of bread pudding? Sauce with alcohol! I totally wasn’t thinking. I quickly swallowed it … and panicked. I didn’t have another bite of anything that night (not that I needed more calories anyway). In the morning, I called a sober confidante and told her what happened. I was terrified that I’d just lost all my sobriety. She told me that because I didn’t keep eating it once I knew it had alcohol, that I was fine. Phew! From this experience, I learned I need to eagle-eye the menu, avoiding not just certain sauces that come on steak and other meats and fish, but also to be super vigilante around the dessert menu, too.

But it’s all a learning experience!

All we can do is show up and do our best every day. And if we have a sober squad to travel with, watching our back and helping us avoid sticky situations, all the better! Life is best lived with people who truly get us, love us and celebrate us.